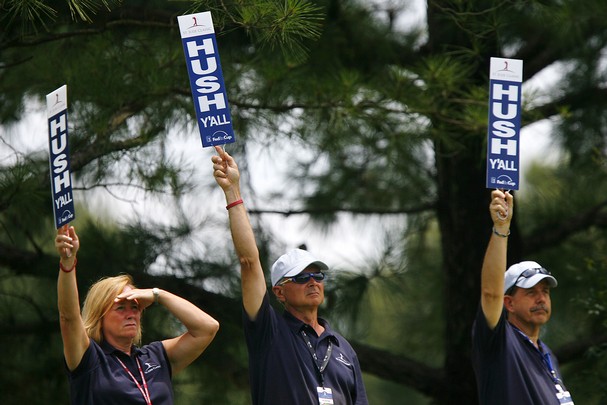 The Spirit Of The Game

Unlike many sports, golf is played, for the most part, without the supervision of a referee or umpire. The game relies on the integrity of the individual to show consideration for other players and to abide by the Rules.  All players should conduct themselves in a disciplined manner, demonstrating courtesy and sportsmanship at all times, irrespective of how competitive they may be.  This is the spirit of the game of golf.

Consideration For Other Players

No Disturbance or Distraction

On the Putting Green

Play at Good Pace and Keep Up

Be Ready to Play

Priority On The Course

Care Of The Course

Repair of Divots, Ball-Marks and Damage by Shoes